My Time as a Cat in College 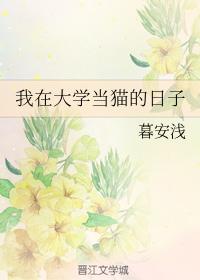 Kitty Qi Xiaohan received an admissions notice. The lion who notified her gleefully smiled and told her that the employment rate after school was 100%, guaranteed.

With a heart of longing, Qi Xiaohan packed her luggage and moved to the school. When the schedules were issued, Qi Xiaohan was shocked to find out that even a cat was required to learn calculus and that they were not allowed to drop out!

What kind of modern day education scam was this!

The kitty stretched her legs. Well, she was already here. On the first day, she put in all her effort to learn how to write her name.

After the initial exam was over, the fluffy classmates anxiously glanced at Qi Xiaohan, who had struggled with the cultural lessons. They wanted to console her, but were stunned when they found out she was unexpectedly ranked number one!

They glanced at the adorable little kitty, and then at the list,

Lang Chen, the descendant of a mythical beast, was ordered by the school to lead the group of new students. When he saw a tiny kitty who was the size of his paw, he furrowed his brows:

How were admissions conducted this year? Where did this poor thing come from?

Watching the small kitty blindly following him, Lang Chen silently decided that the kitty could stay.

He would take good care of this junior sister who was both delicate and cute.

Who knew that, when faced by fire-breathing beasts during school training, the delicate kitty would confidently stand at the very front and expose a mouth of white, small kitty teeth, and hostilely meow:

“I’ll knock your head off! To make string!”

What was this cat doing?

【How about a first-year fluffy and clever junior sister? Raising the claws pose】.jpg

【Junior sister that is able to fight is super cute】.jpg