My Pet Human Got Kidnapped by a Wild Human 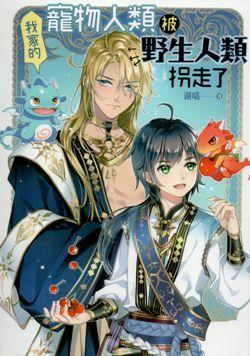 Humans on this continent worship and believe in Dragons, and view the Dragons as Gods.

『I got my Human Cultivation Permit! I want to raise the cutest human being! 』

Humans are the most popular pets among the Dragons!

As long as you pass the Human Cultivation Permit Exam, you get to pick any hair color or eye color that you like!

And their pet human is not only a Jadeite, but also a rare Dragonmaw who can speak Draconic!

The two dragons love their pet human Slair very much.

One day, however, Slair accidentally fell on the continent where the wild humans live!

The two dragons on the floating island shattered their dragon’s heart, and eager to find their baby back,

At the same time, Slair, who fell on the mainland, found that the man in front of him who was pointing his sword at him,

was actually the protagonist of the documentary about wild humans (produced by the Dragon Film Crew) that he saw when he was young.

The idol he has missed for ten years, Grieve!