My Late Ex-boyfriend Pestered Me on WeChat 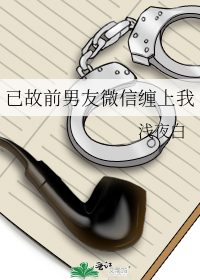 On Monday morning at the regular meeting, Lin Ranyi suddenly received an inexplicable WeChat message, claiming to be her dead ex-boyfriend.

It so happened that her ex-boyfriend was sitting next to her in the meeting and he was alive and well.

Lin Ranyi thought she had met a person so bored they turned to stalking.

Millennium Ghost Baby: “You live at No. 16, Building 9, Qingyuanli Community, No. 38, Liuming Lane.”

Millennium Ghost Baby: “You have a crush on me for three years. You’re very sincere, you just kept lurking behind me with your secret love.”

Millennium Ghost Baby: “Our first kiss was in the back window of your dormitory building, the night of New Year’s Day.”

Millennium Ghost Baby: “Do I need to talk about the first night? Three times, you cried at the end.”

This person was not only familiar with her and her ex-boyfriend’s extremely private past, but also accurately predicted that three minutes later, someone in the conference room was about to faint, that Chief Editor Du’s cup would fall, and the clear sky would suddenly rain…

Lin Ranyi was so scared that her hair stood up: “Who are you, what the hell do you want?”