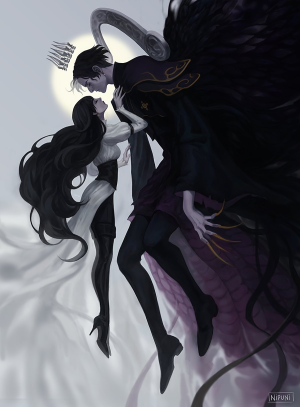 Lien never thought of picking up an injured man and returning home, but he actually compensated her for the rest of her life.

Lien is an orphan. She has hoped to have a home since childhood. The man promised her a home with her, him and his subordinates.

Lien: My name is Jiang Lien, a human race.

Man: I’m a devil. Everyone calls me the Devil King.

Her man is the most noble existence in the demon world, and he naturally has countless subordinates under him.

The Devils originally had a good appearance. Surrounded by beautiful boys, Li-en felt that the days to come would probably be very happy.

Unexpectedly, the day after she returned to the Demon King City, she was almost frivolous by the fallen angel who healed her wounds. Her husband was even locked in the study by the Prime Minister of the Demon World, and the seemingly elegant and noble Demon Clan began to darken one by one. How can she, a lonely human being, live in this world full of demons!

Lien: I probably won’t be able to get out of bed tomorrow.