My Husband has Five Personalities 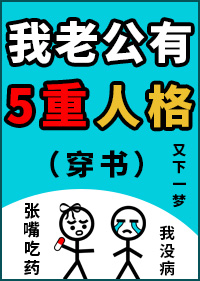 Tang Mingyue transmigrated into a book as the wife of an overbearing president.

She went bankrupt as soon as she transmigrated.

The former handsome and powerful businessman was stimulated by the bankruptcy, and his mental state becomes…defect.

Tang Mingyue originally wanted to divorce him, but she couldn’t bear to abandon him alone because of his situation.

Forget it. Let’s wait until his “madness” gets better.

So, she tried to use various methods to earn money in order to treat his disease.

One day, she accidentally had a relationship with one of Xiao Zifeng’s personalities.

D*mn it! She later realized that what if she became pregnant? Do several other personalities think she gave them a green hat?

So, she will have to have a relationship with each of his personalities to cover up her possible pregnancy?

Later, the President recovered from his illness and became richer, but…