My Girlfriend is a Mahou Shoujo! 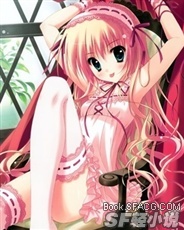 “I don’t like you anymore.” Broken-hearted, Zhang Shaoyu went home with a sourness in his chest. It was the Nth time he got rejected by a girl, but little did he know his rather ‘ordinary’ life changed later that night. When he was sleeping, he was suddenly woken up in the middle of the night to see a beautiful girl floating in front of his balcony. Before he said anything, the girl vanished and began to battle someone high up in the sky–

The next morning, Zhang Shaoyu woke up on his sofa, remembering nothing of what happened that night, and went to school normally. However, later that day, a mysterious girl suddenly appeared before him.

“I want to be your girlfriend!”