My First Trip was to Another World 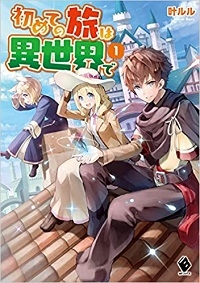 A high school student, who likes to camp solo, travels around the other world freely!

One day on his way home, he is summoned to a different world.

After graduating, he decides to go on a trip somewhere far away, and he thinks, “This means I can go on an indefinite wandering trip to a different world in the style of medieval Europe”.

What’s more, it seems that the magic he can bring to life by utilizing his knowledge of survival on Earth is far beyond the common sense of people in other worlds.

What kind of magic was that? The original, improved magic?

Ko, a traveler who has become the most powerful without realizing it, now begins his free exploration of the other world!