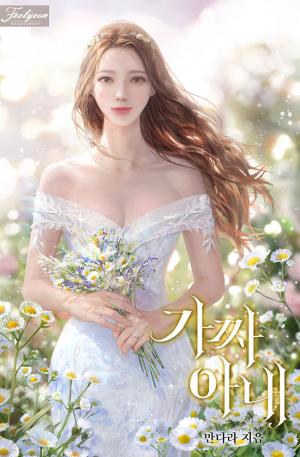 Taking the place of her twin sister who had disappeared before her political marriage, Yeon-woo had to pretend to be her sister.

It was precisely a fake marriage.

She thought she’d simply keep a certain distance from her prickly and cold-hearted husband, Ki-tae.

But at some point, he demanded that she fulfilled her marital duties.

With her sister’s whereabouts still unknown, Yeon-woo felt guilty as she became affectionate with Ki-tae.

Ki-tae, on the other hand, knows that Yeon-woo is not really his wife, but he can’t control his possessiveness towards her…

“If I had known you were a big shot, I wouldn’t have done this.”

Yeon-woo was resentful of his cold temper. But she knew that it was her who started this twisted relationship, not anyone else.

“If you want to be forgiven, use your body.”

He was affectionate for a moment, but the man in front of her no longer showed mercy, as if it were an illusion.

“Stop crying, go to my room, and take off your clothes.”

And as soon as Ki-tae put his nose against her neck and called out her real name, Yeon-woo, the fragile relationship like walking on a tightrope began to change.