My Empress is My Bad Girl 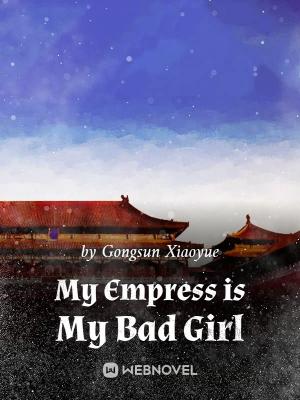 Before entering the palace, Gu Yundai got trapped in the kitchen by the crown prince.

After entering the palace, Gu Yundai wanted to use her cooking to eventually incapacitate this jerk. But while none of the crown prince’s concubines could even get pregnant, she ended up giving birth to his son.

Gu Yundai hoped to rely on her son’s high standing in the palace to get by quietly, and live a leisurely life as his mother once he grows old enough to become the emperor.

As the position of empress comes closer and closer to her, Yun Dai suddenly feels that helping her son ascend the throne and casting that jerk aside to become the empress is the most satisfying thing to do in life.