My Clingy Boyfriend Asks for Kissing Every Day 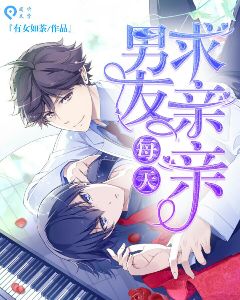 The Internet celebrity Song Wang didn’t expect to get a five-year-old “son”, Ke Yanze, during a dinner party. To his surprise, Ke Yanze had been a man taller than him before he saved him from being drowned in water. Because of the bizarre accident for falling into the water, these two guys started to live together. Their life was full of ups and downs as well as sugary bickering every day. One day, they found that Ke Yanze could grow bigger as long as they kissed. Since then, kissing became their daily routine. Ke Yanze pulled the lower hem of Song Wang’s shirt in anxiety, “What should we do? I feel like I’m going to get back to what I used to be.” “No worries,” Song Wang pecked on his lips, muttered, “A kiss will work.” When Song Wang was doing the live broadcasting, with tens of thousands of people exclaiming to see Ke Yanze’s face, Ke Yanze turned his head away, saying, “I’ll hide myself from being seen by you guys.”