My Child’s Father Is the Emperor 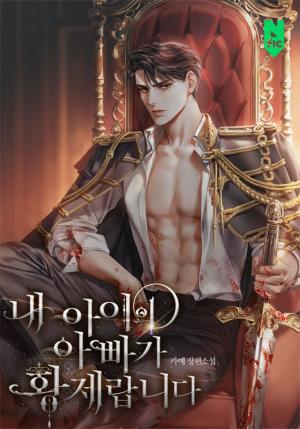 Just before she was sold to an old lord, Adele spent a night with a stranger. She ended up pregnant with the child of a wandering knight whose name she didn’t even know.

The messenger of the battlefield, the cruel butcher Vanhelm Von Alfred…

The man who appeared as an Emperor wanted only her child.

Adele was taken with him to protect her beloved young son.

But in the suffocating, prison-like imperial palace, she was confronted with a reality she had never expected.

“I am the one who will be your mother. Your Highness Leo.”

A woman who dared to say she was the mother of Adele’s child.

“It is foolish to spend your life in recklessness.”

The Emperor’s strategist told Adele not to covet the Empress’s seat as it was something that a commoner like her shouldn’t have.

“From now on, you’re not allowed to leave the castle.”

The emperor, who was cruel and cold, somehow became obsessed with Adele…….

Adele’s life began to get caught up in a whirlwind of intense political strife.

‘I want to be happy as a person, and I want to love as a woman.’

She wished. In the Imperial Palace where she would live in the future….