My Childhood Friend the Demon Knight Hates Me 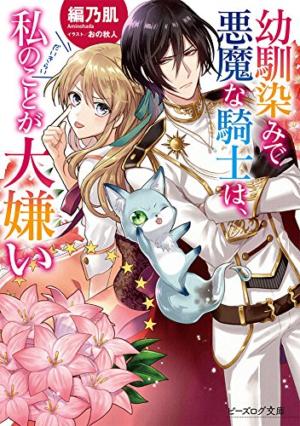 「I don’t like that kind of woman. Rather I dislike her. I hate her.」――――Overhearing her beloved childhood friend Reiss make that sort of declaration, Suria’s first love was smashed into smithereens. While crying she punched Reiss in the stomach with all her might and in that moment she blurted out「I hate you too!」and ran away, and several years passed since the bitter memory. She grew into adulthood as a precious existence, a『Spirit User』, and the one who appeared in front of Suria who was entrusted with an important task from the country to serve as her escort, possessing the other name of the ruthlessly heartless『Demon Knight』, it was Reiss.

It became that they had to travel together, and Suria had her old wounds excavated. But it seems like Reiss has some sort of secret……

Until the two can be recompensed.