My Beloved Dog is the Strongest in Another World 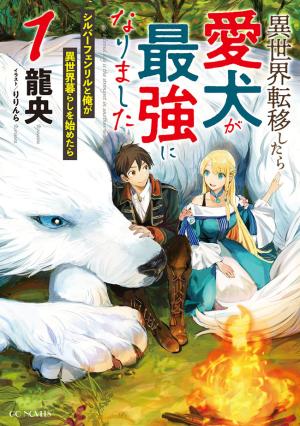 Takumi Hirooka(20) works at a black company. He stopped at a convenience store before returning home, and then gave his beloved dog Leo a treat before eating his own dinner that he bought at the store.

After eating, Takumi stood up in order to take a bath, but due to exhaustion from overworking, he fell to the floor and lost consciousness.

When Takumi opened his eyes again, he was in an unfamiliar forest. But what he thought was a large wolf sitting next to him, was actually his dog Leo…

Leo was now big enough to carry people on her back, and could defeat monsters that appeared in the forest in an instant.

A woman they meet in the forest, Claire, tells them that Leo is the most powerful of monsters, a Silver Fenrir.

Takumi couldn’t help but think that this world was all a dream. But after speaking with Claire and witnessing Leo’s strength, he finally realizes that this was another world that he had come to.

They are invited to Claire’s great mansion, and Takumi eventually lives there.

The young man Takumi and the dog Leo who were somehow transferred to this world.

As the powerful Silver Fenrir, Leo will protect Takumi.

While Takumi discovers that he has a gift, it is an ability called Weed Cultivation.

…Could such an ability be useful?

Takumi was tired from so much work, but he uses his ability to live with Leo and Lady Claire. This is his story.