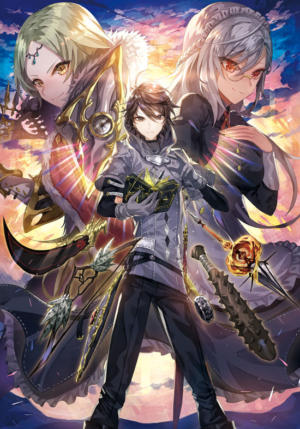 I’m aware of despair, however forgiveness saved meー!

“Incompetent”ーーWhen God bestow you “Magic” but you can’t use it, you’ll be the object of contempt and the outlet of malice. The family-less youth Rhode was called “Incompetent”, and for some reason he chose to end his life by his own hands.

But from the bottom of that despair, he had a fateful meeting with the Ancient King “Crown” and the demon girl “Levi”, Rhode then learns of the real “Magic” given to him. And by conversing with the two who had lived for a long time, the concept for “Incompetent” was really nonexistent and he noticed that someone may have planted the hatred for the “Incompetent”.

After separating from Crown, Rhode advances to his new life with Levi.

He had decided to fight the malice that is objected to the “Incompetent” without shedding any blood.It was gentle but long ragged method, to make the people understand by themselves that each and everyone of themselves are also “Incompetent”.

A young lad who was called “Incompetent” challenges the world, the heroic tale of forgiveness and salvation now beginsー!