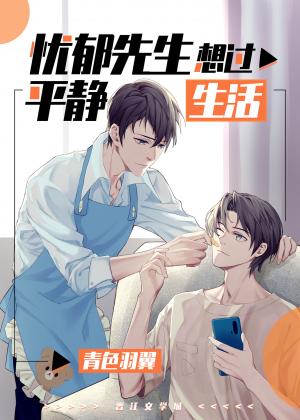 Yu Hua was fired from his job and the burden of supporting the family fell on his partner, You Zhengping.

But his spouse was just a temporary worker in a sub-district office with a monthly salary of only 2500 yuan. This made Yu Hua extremely worried.

Secretly though, You Zhengping worked as a guardian, protecting the world from saboteurs. Moreover, his work benefits were quite generous.

You Zhengping was worried all day long. How was he going to tell Yu Hua that his savings amounted to several million yuan without exposing his secret?

Until one day, You Zhengping received a notice that an enormous amount of energy capable of destroying the world has appeared in his home.

You Zhengping was worried that Yu Hua, his very ordinary human spouse, had met an accident and hurriedly led his team home. As soon as he entered the door, he saw peace at home.

Yu Hua was wearing an apron, a pan was suspended above his palm. In the pan was a fish fried to golden perfection on both sides, exuding a delicious aroma.

Seeing You Zhengping, Yu Hua put the pan on the induction cooker that was still turned off and wiped his hands on his apron. “I just want to save on our electricity bills.”

The most awesome saboteur in the world is his husband.