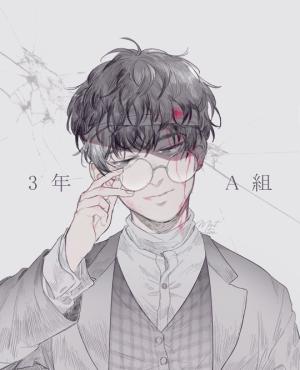 Ibuki Hiiragi (Masaki Suda) is an art teacher at Kaio High School for two years, who then became Class 3-A’s substitute homeroom teacher 6 months prior to the plot.

Ten days before the students’ graduation, on March 1, Ibuki gathers all his students to attend the homeroom for an important announcement: from that day onwards, everyone in his class is his hostages.

After convincing his students that his threat is real by bombing the hallway, thus closing them off from the rest of the school, he then assigns them a series of tasks to uncover the real culprit behind the suicide of their classmate Reina Kageyama.

Each day begins with him announcing the tasks, and for each time they fail to do so, someone in their class will die.

With the threat of death hanging above them (literally as he set up bombs everywhere in the school, including the ceiling of their classroom), Class 3-A is now forced to contemplate their interactions with Reina and how it would shed more light on her death, with Ibuki watching everything unfold as he completes his ultimate goal.