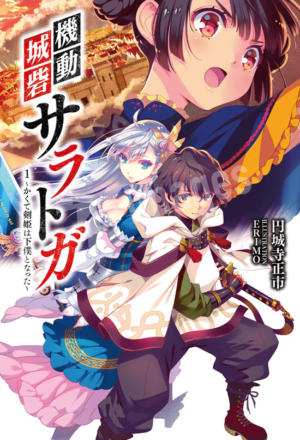 In the country of the Desert, Escalis Mimir, people lives in Mobile Fotresses Cities.

In order to save his kidnapped stepsister, Nanashi, a boy from the scorned People of the Desert called bugs, infiltrated the Fortress City Saratoga alone.

There, by chance, he saved the life of the Silvery Sword Princess famed to be the strongest of this era. Taking advantage of this, he made her serve him by becoming her master.

The Strongest Sword Princess. Becoming her master, the boy is dragged in the power disputes of the Fortress City.