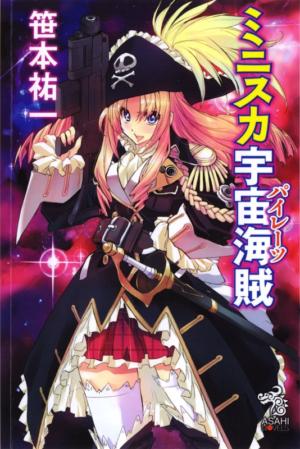 In the far future where space travel and colonialization have become the norm, humanity has expanded its living space to the far reaches of the known galaxy.

Due to legalization from the govermental body, post-war Space Pirates activities are now reduced to more legal jobs (like errand running and staging raids for the entertainment of space travellers). The cessation of illegal activities is gradually causing them to pass into local legend.

Marika Kato is a high school girl living a rather ordinary life as a member of the space yacht club and a part-time job at the high-class retro Lamp Café. One day, Marika learns of her recently deceased father, Gonzaemon, who is revealed to have been a Space Pirate. In order for her father’s ship, the Bentenmaru, to continue legal operation, Marika, Gonzaemon’s direct descendant, is chosen to become the ship’s new captain, thus beginning her life as a Space Pirate.