Methods to Save the Villain Who was Abandoned by the Heroine 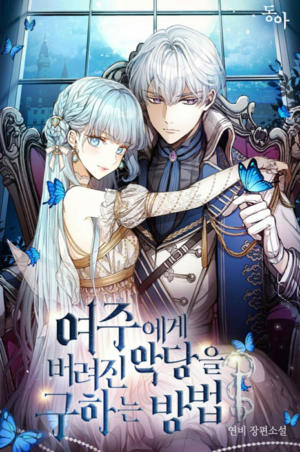 A Korean woman reincarnates in a novel into a young girl already on the verge of death, but was rescued by the future villain and his grandma. The villain of the novel “The Duke of Perse” was in her mind a fantastic employer. He paid in full and on time. On top of that work was easy to do compared to the work she used to have to do.

To save her own skin because she knows that the Villain’s fiancee (the Heroine of the original novel) was cheating on him with the Emperor. The fiancee decides to poison him, so as to leave her free to marry her lover. She knows that once this happens everyone who was in employ to the Duke would be killed off as a suspected assassin.

She prevents this from happening and is in turn suspected as the assassin. Though, it was found out she was innocent once they feed her the poison transforming her back into a 6-year-old girl. The Duke decides to “reward” her by getting her adopted into a noble family…. The most evil family known for assassins.