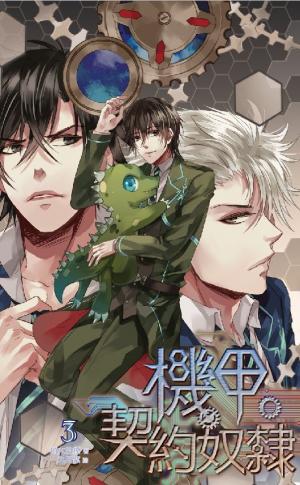 Luo XiaoLou is reborn on the day of his engagement four thousand years later into the Mecha Age and realizes that his current situation is tragic. Not only is he an illegitimate child, but he also has poor physical health, a low genetic rank, and barely passing grades. In order to survive, Luo XiaoLou has no choice but to accept his fate and work hard.

Luo XiaoLou wanted to have a s. Still, hefe, but he meets the bossy Yuan Xi, so has to agree to sign a s*ave contract and do Yuan Xi’s bidding.

Luo XiaoLou is a typical man of the times, realistic and willing to yield to others for the sake of survival, seemingly cowardly to the point of no boundaries. But in fact, Luo XiaoLou still has his own principles and insistence, even in front of his overbearing and powerful master, Yuan Xi. He still insists on the principle of a gentleman’s love of money and the right way to get it, and protects his dignity as a man.