Marrying the Useless Man whose Spiritual Platform is Broken 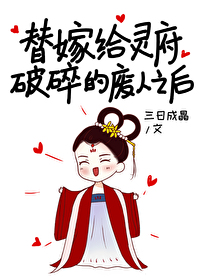 The Mu family, who wanted to marry the young patriarch of the Huo family at the beginning, had no way out because the heads of the two families who had a good relationship in the past swore a heart oath.

So, the wedding was held as scheduled. Although the oath could not be violated, it did not specify the name of the person to marry.

So, the Mu family replaced the young man lady of the Mu family with Mu Qing Lan, a child from the side branch to pack up and get married.

Huo Jue, the useless man whose spiritual platform has collapsed, knew that his bride had changed, and the new bride was also planted with puppet voodoo.

Huo Jue also knew about the fact that the Mu family wanted to let her steal the Huo family’s top-grade magic item.

One month into their marriage, the little puppet sneaked into Huo Jue’s room in the middle of the night and hurriedly moved to Huo Jue’s bedside.

What Huo Jue was waiting for was for the puppet of the Mu family to show her true colors. He was lying on the bed while breathing slowly, and his subordinates were all outside the door, waiting for his signal.

As long as the puppet dared to touch the spiritual item on his neck, she would be taken down on the spot.

Unexpectedly, the puppet approached Huo Jue, half-kneeled, lowered her head to follow Huo Jue’s hand that was placed in front of her and kissed his fingertips warmly.

Then she got up, jumped three times on the spot, and danced silently in the room like a madman.

The subordinate who was ready to catch the thief, “…”

——Mu Qing Lan, “The person who I married is my male god.”