Married to the Uncle of Love Rival 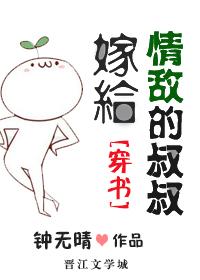 Jian AnRan was so angry at a masterpiece book that feeding shit, got him a heart attack, then he transmigrated into the book and becomes the cannon fodder that comes against the “absolutely beautiful love” of the scum Gong and his love rival.

Jian AnRan decided to violently beat up the scum Gong and to hang and beat his love rival, always step on them and irritate them to death!

As a result, he accidentally pushed his love rival’s uncle, Luo Wei!

While Luo Wei was taking a shower, Jian AnRan came out of the room.

** The day he ran away with his suitcase, Luo Wei appeared in front of him, blocking the door and hindering the way.

Jian AnRan shrank: Your nephew told me to get lost and go back to my hometown…

You’ll go back when he tells you to?

The man looked down at the teenager’s face that ‘full of unwillingness’ written all over it.

The cold eyes had a vague tenderness: From now on, I am your home!

** Luo Wei has been cold and heartless for more than 30 years, the only tenderness that he barely had in his life, after that night, he gave it all to Jian AnRan.

The one who dislikes the heaven and dislikes the earth, the avenger cannon fodder shou Vs the one who is vicious and merciless, the defender and pampering wife gong