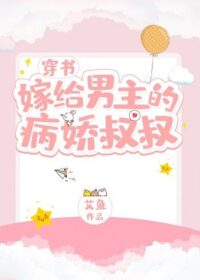 When Shi Yin woke up, she found herself transmigrated inside the book. She had become the weak female lead who was abused by the male lead and later committed suicide while being pregnant.

At the dinner table, when the commercial marriage between her and the male lead was being finalized. Shi Yin pointed to the male lead’s uncle, who was terminally ill, and said, “I want to marry Young Uncle Cheng Yuan!”

After marrying the male lead’s young uncle, Shi Yin patiently waited for the day when Zhou Cheng Yuan would die and she became single again.

But, why was this man getting better and better day by day?

Shi Yin said, “Hurry up and die, I wanted to be a widow quickly!”

Zhou Cheng Yuan said, “Either you choose to live with me, or you can choose to die with me.”

When Shi Yin first met Zhou Cheng Yuan, she thought Cheng Yuan was a cold and abstinent tyrant. But, after spending a long time with him, Shi Yin discovered that this guy was actually black-bellied and paranoid.

Every time Shi Yiin looked at other men, he would stick to her and with a dissatisfied voice said, “How can Yin Yin look at others?”

Every time Shi Yin was bullied and cried by him at night, he would smile and contentedly said, “Yin Yin is crying, I am very happy.”