Married? I Have Amnesia, Don’t Lie to Me! 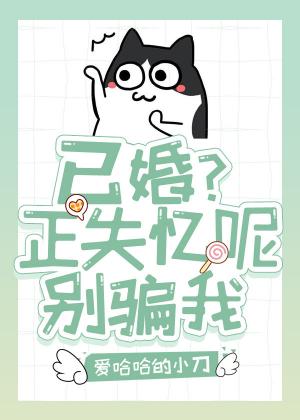 Shi Nan was surprised when he saw the big boss of the new company. Isn’t this his husband whom he married just a few days ago? But the big boss looked at him with an unfamiliar look: “Who are you? You want to rely on unspoken rules to get ahead, do you even know how much value you have? .”

Song Linsheng in the daytime: Stay away from me.

Song Linsheng at night: Come and give me a hug.

One day, Song Linsheng found his marriage certificate in a secret corner of his home, and the marriage partner on it turned out to be the eighteenth line actor who harassed him every day in the company.

Married? Don’t lie to him, he has amnesia.

Shi Nan glanced at him and said indifferently: “Oh, it’s me, why, do you want a divorce?”

Song Linsheng hesitated, and asked Shi Nan, “Are you willing to have two husbands at the same time?”

Shi Nan: “…” You! I’m afraid you have a misunderstanding of yourself.

Song Linsheng during the day: What did you both do at night?

Song Linsheng at night: What did you two do during the day?

Shi Nan replied in unison: Do those things that made you wear a green hat.