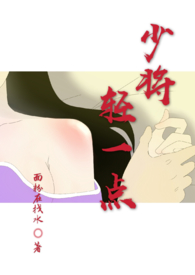 At the end of the Qing Dynasty and the beginning of the Republic of China(around 1911), Major General Leng Feng, who had made great military achievements in Song Xi city, married the pampered young lady Qiao Han of the wealthy Qiao family who did silk business.

Leng Feng thought that Qiao Han was just a quiet and an innocent young lady. In this life, he thought they would treat each other like guests.

However, he never thought – on the wedding night, before consummation, she asked his help to bring her pajamas into the bathroom, swayed around in front of him in her thin silk nightgown that could be described as “equal to not wearing”, and even asked him if he wanted to go to the bathroom before consummating? From the white and tender jade like arm that she extented from the bathroom just then to the attractive female body with only the thin nightgown… Was this seducing him?

Whether she was seducing him or not, he just — wants to f*ck her.

In their passion, Leng Feng listened to the alluring moans and soft whispers of the girl under him and he could also smell the faint fragrance of the girl.

It seemed that this marriage was truly right.