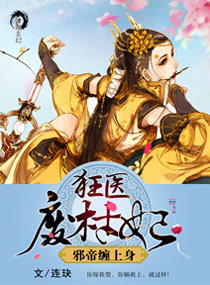 Left with no room for retreat, she flew into a shameful rage: “What do you want!”

The Beauty Prince tightly embraced the person and fiercely restrained her talons and fangs, then said, “Marry me and lie on your back.”

“The King of Hell wants people to die on the third shift; Ye God brings people back to life!!” ——Ye Qianli, the divine doctor of the century, wielded a silver needle to fight against the King of Hell and the God of Death and never missed in all battles.

Once she crossed over, she became a noble daughter of the dynasty. Unfortunately, her father and mother didn’t love her, and was also drugged and framed by her cousin, who wanted to ruin her innocence, destroy her goddess body, snatch her man and rob her money?

Get lost! The divine doctor possessed the body, and a demoness rose. Cultivate miraculous skills, refine divine elixirs, step on the white lotus and serve face slaps; let them know what it meant by the proud daughter of the heavens! Divine materials and self-produced treasures, collect treasures as she wished wherever she went – It just screamed envy and jealousy.

But suffering from a potent drug, she slept with a cold beautiful man in desperation. Legend has it that he was the main god of the dynasty, the male god of the academy. What if he caught her and retaliated?