LV. 99 The Princess of Dark Flare 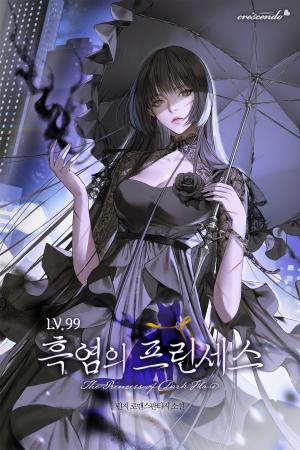 She came back from the unknown gate. A first-generation hunter, Cha Eunha, went missing 30 years ago wearing only a black dress with a black parasol.

In the early 2000s, they had been locked within a mysterious gate.

For someone to escape, one must stay behind…

“It’s because you have more to stay alive for than me.”

Eunha sacrificed her colleague Lee Joon, killed monsters to survive and met a man who found her when there were no monsters left to kill.

Shin Siwoo, the first S-Class hunter that she’s ever heard of.

When Eunha had managed to get out of the strange gate,

The world had changed so much.

Besides, Baek Yijun, an old colleague that she had met after a long time,

“You know what. I hate the fact that people like you are hunters.”

—was not the person Eunha had remembered.