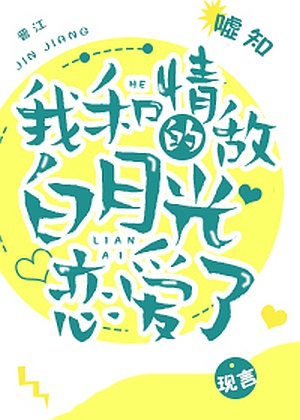 Shen Qing Huan has always known that her boyfriend had a ‘white moonlight’ in his heart. A beautiful and considerate person whom her boyfriend’s friends and family always praised.

Looking at the kissing photo and the parting text message of her boyfriend and his white moonlight, she dialed a number.

This was a special blind date with the white moonlight of her boyfriend’s white moonlight, Jian Fan, the heir to the top of the four giants in the capital.

Shen Qing Huan always thought that Jian Fan knew her intentions of approaching him to avenge herself from the dog man.

Because Jian Fan also only needed a nominal fiancé. They two even signed a contract to keep everything clear.

So in a variety show which was broadcasting live, when the host asked her about their wedding dates Shen Qing Huan decided to throw this problem at Jian Fan.

Shen Qing Huan originally thought that the Jian Fan would fool around and change the subject. But, unexpectedly, a simple and cold voice came from the other end of the phone and replied, “If she is ready, then I will marry her today.”