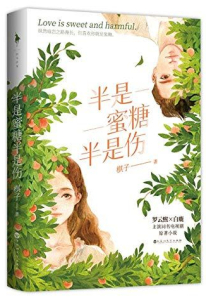 You should believe that there is always a feeling in this world which will make you remember to the end of life even if you should go through the hidden love of eighty-one difficulties. She is a queen in workplace, a tsundere woman in life, a domineering mature woman in appearance and a Transformer in mentality. He is a conqueror in workplace, a man with poisonous words in life, an unruly man in appearance and an invincible superman in mentality.

They were “Childhood Friends”. However, she fell in love with another guy. As an unknown secret admirer, he cannot express the pains in heart and dared not show the affection to her. He devised a plan and tried to break them up and get her back. Did his trick succeed? When she knew that he did such a thing, whether she would forgive him?

Alienation is sometimes because you are afraid of falling in love with that person uncontrollably rather than hate. She deliberately stayed away, however he pressed on step by step. She was his rib. After so many experiences and struggles, will the love come in time? Love is half sugar and half injury