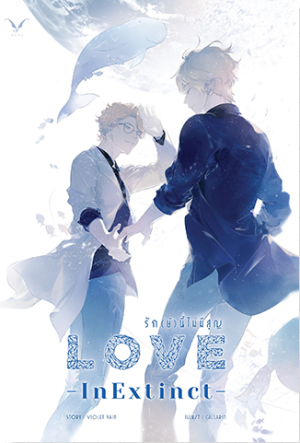 ‘Benjamin’, the Tasmanian tiger was charged with the duty of being a caretaker for ‘Sintu’, the last dugong from Thailand who had just become extinct minutes ago.

Extinct animals do not truly disappear forever but remain wandering in this world. They live among humans by taking on their appearance in order to wait for a certain important something…

Within this awkward and disastrous learning period of trying to understand the actions and thoughts of humans, Benjamin becomes attached to one human, a biologist devoted to studying genetics. Yet he felt troubled. He wished to entrust the entirety of his love and hope into these hands.

…But could he come to trust humans once more?