Love at First Sight With Doctor He 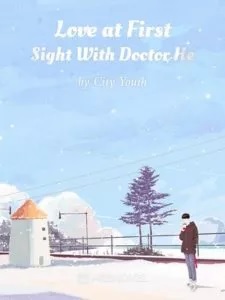 Before rebirth, Wen Xi lived in a conspiracy and was finally betrayed by her husband, and ended up miserably.

After rebirth, she buried all her yearning for love, cancelled the marriage contract, kicked off the scumbag, and climbed to the top of the entertainment circle with determination.

He Yan, a male surgical god who is known as pure-hearted, suddenly followed a certain actress on Weibo one day, and asked his assistant to help pay attention.

Assistant: “Doctor He, Wen Xi said she wants to raise a dog.”

On the same day, Wen Xi received a courier with a small milk dog inside.

Assistant: “Doctor He, Wen Xi said that there was no strawberry she wanted to eat where she was filming.”

On the same day, Wen Xi received the strawberries that were transported by air.

Assistant: “Doctor He, Wen Xi said she wants to get married…Where are you going?”