Love Advice From A Childhood Friend 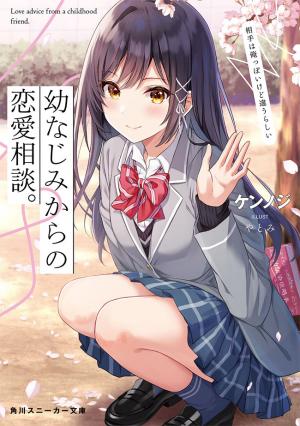 In his second year of high school, the main character, Ryunosuke, was asked for advice by his childhood friend, Hinagata Shiori, who sat next to him in class.

Why does Takamine’s beautiful childhood friend look down on herself?

Despite his doubts, the protagonist, who has never been in love before, tries to answer his childhood friend’s earnest question.

Wouldn’t she prefer asking someone more dependable? But his childhood friend shakes her head, saying that she prefers Ryunosuke.

When he asked her about it, she said that the person she likes has similar characteristics to him.

(Isn’t that me?). But he was too embarrassed to ask her, fearing that he might be wrong.

“He’s good-looking, from my point of view.

“He doesn’t have many friends. He’s aslo a bit of a nerd.”

“He’s a guy I’ve known for a long time who lives in my neighborhood.”

Without knowing for sure, Ryunosuke gives Shiori some advice even though he doesn’t know what to do with her.

But what he doesn’t realize is that his advice is being put into practice.

As he counsels her, he becomes aware of her as a girl, and before he knows it, he begins to like her without even realizing it.