Lord of The Mysterious Realms 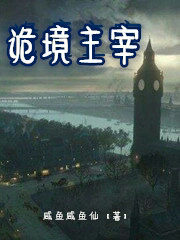 Steampunk, magic and secret arts, the righteous moon gods and the mysterious realm enchantment are the key words of the new world.

Time has hurriedly come to the end of the eighteenth epoch, and the epic of the ages has turned to the last page.

Under the fog-shrouded sky, a confused traveller opened his eyes.

The world tree is still young, the steam industry is rooted in the intricate three kingdoms.

Twin demons come to the world, spying on the world from the shadows and whispering the evil words.

The undead lurks in the city, looking up at the gray mist-shrouded sky and sighing for the innocent’s futility.

The real phantom sits behind the curtain, waiting for the final day to come.

Above the stage of destiny a figure flickers and the role of protagonist is still unknown.

The stranger looks up to the twin moons, angels and demons dance in the sky.

The hero carries the holy sword, lamenting the disaster that will come.

The uncrowned king hides in the shadows, secretly manipulating the changes of the world.

The clock strikes midnight, the cat scampers onto the shoulders of the black-robed man, and in front of them is an unknown path.