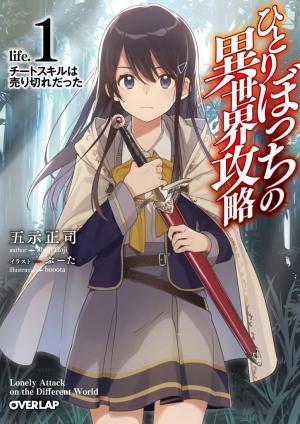 Haruka, a loner in High School was suddenly summoned to a different world. When Haruka realized it, God was standing before him with a catalog of Skills for him to choose to help him survive in the Different World. However, they were selected on a first come first serve basis, and the Cheat skills had all been picked by his classmates!?

Haruka only got the awkward left over skills, and couldn’t form a party because of his Loner skill. Even in this Different World, he has to adventure by himself. And then, he learned that his classmates were in danger and decided to save them, heading down the path of becoming strongest without relying on Cheat skills── the debut of the attack on the Different World by the strongest loner begins!