Little One Tears the Villain’s Script 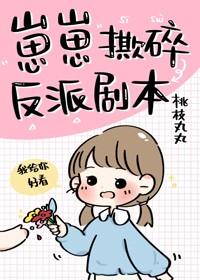 Jiang Xiaoman was bound to a system when she was three years old. The system told her that she was the lost daughter of a wealthy family assigned to play the cannon fodder in this script. The fake daughter that her parents adopted was the heroine of the story.

Jiang Xiaoman blinked her eyes and asked, “What is a cannon fodder?”

System: “You all live in a book, and everyone is assigned their role. From now on, you should keep on blackening and be a bad child. Do you see that little boy? He has a bigger role than you, in the future he will become the big bad villain. Why don’t you bully him now, and show him up real good!”

Jiang Xiaoman worked hard to blacken (not really) under the system’s supervision until she was reunited with her wealthy parents. She scratched her little head and asked, “Mr. System, what about the task? Didn’t you say that we should fight over the family’s wealth?”

System: “What kind of wealth do you still want to fight over? You already have more money than your wealthy parents!”