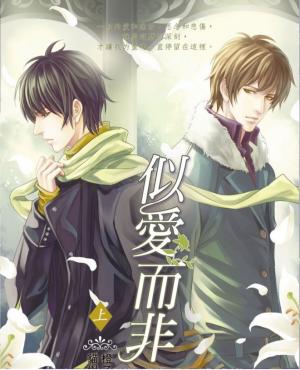 When it came to their feelings, he was always the cruel one.

Ten years, that person stood in front of him and told him that he loved him. However, he would not spare him a glance.

He originally believed that there was enough time between them. They had already wasted ten years. If they continued to waste it, then it would be almost a whole lifetime.

He knew that the other’s obsession with him was too deep. It would have been simply ridiculous for him to let go.

When that person finally let go of him, he had obtained the freedom that he had long since yearned for. However, it was not as sweet as he had imagined.

It was already too late for regrets when he finally understood the implications of that person letting him go.

A light slash, and the once fervent warmth turned into coldness that couldn’t be touched.

He wanted to let out a soft apology, but that wasn’t possible anymore.

He did not know that everything could be so cruel before.

Once upon a time, the longest distance of this world was when I stood right in front of you, but did not realize that I loved you.

Right now, the longest distance in the world is life and death.

By the time I realized that I love you, the damage was already irreversible.

If I had the chance to hug you again, would I repeat the same mistake of the past?