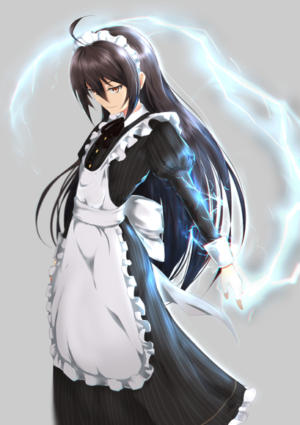 One day, Lightning Empress Nanaki, one of the Five Emperors, the transcended beings hailed as the strongest five people on the Flygel continent, received a prophecy. Due to that prophecy, Nanaki who has lost everything made the decision to leave the Frost Empire, retire from the Five Emperors who were her former comrades, and leave on a journey. After leaving the imperial capital, Nanaki’s journey ended unexpectedly quickly, and the job Nanaki found at the end of her journey—was to be a maid. The curtains have lifted on the legend of the former Five Emperors Strongest Maid.