Let Me Shoulder This Blame! 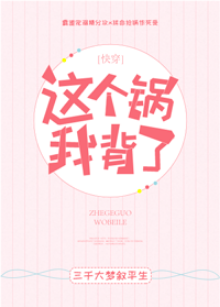 Su Shi was once a platinum-level host with the highest survival rate. One day, his misdeeds of constantly shifting his blame onto others was found out and reported. Convicted of violating the rules, he was bound to an Automatic Blame Shouldering System and exiled to lower-level worlds.

Now, not only does he have to take the blame from others and shoulder it himself, he must also carry that blame and rush to his death in order to earn enough points to quickly unbind from the system.

Su Shi only wants to get rid of the system by shouldering the blame until death. However, he finds that trying to hold onto the blame is even harder then passing it on, and rushing to his death is even harder than running for his life.

As Su Shi lies dying in the protagonist’s arms with red-rimmed eyes and a weak and helpless countenance, an uninvited third guest suddenly rushes out to explain the misunderstanding for him.

Su Shi: “I beg you, just let me shoulder this blame, otherwise, it will all be a waste of effort…”