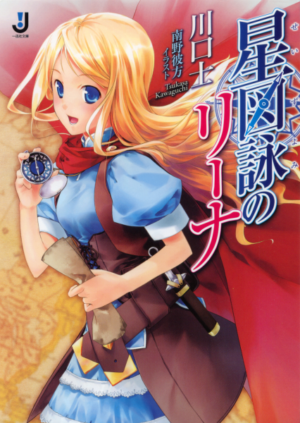 “Everywhere I go, every road I walk, I will draw it. This is my map”.

By the king’s royal decree, the young and clever princess, Lena, set out on a grand quest escorted by knights to map the land’s remote regions. After the massacre of her assigned guards by an unknown group, Lena was assisted by the mercenary Dahl.

While it was questionable whether Dahl was trying to do his job properly, he still managed to avoid spirits, chased away bandits; he even managed to grasp the conniving conspiracy of the imperial court while escorting the princess. While the two were in the middle of their journey however, something of unimaginable might is meanwhile slowly shaking off the chains of slumber in a secluded labyrinth.

An authentic story of exploration, presented in a classic fantasy!