Leave the Divorce to a Professional Lawyer 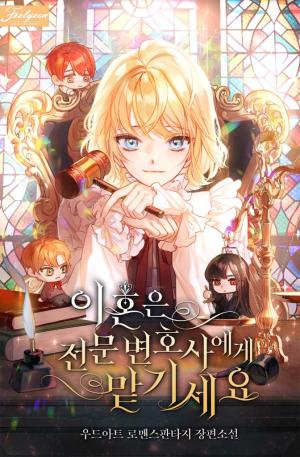 Natasha is an experienced divorce attorney.

And for some reason, this empire was overflowing with couples who wanted to divorce for various reasons.

For example, a husband who suddenly becomes obsessed with a wife or a wife who suddenly wants to get a divorce.

Thanks to this, Natasha was making a sizable profit by helping them.

In particular, when claiming alimony or part of property division as a fee, it was almost like sitting on a cushion of money.

‘Which lawyer would refuse this?’

“…Miss Estelle. Lawyers are always on the side of their clients.”

The words that came out with a face that were not impressed were very emotional. When Estelle made a face that she couldn’t believe, Natasha continued.

“To be precise, I’m on the side of those who give me money.”

“Honesty is also a basic skill of a lawyer.”