Learning God in Hand, I Have the World 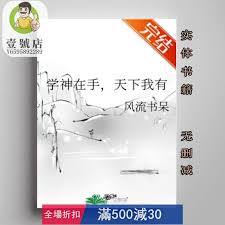 System 7480 was conquered by its own host and became the s*ave of the other party. But it doesn’t matter, the 7480 that can choose to go through the world independently has a thousand mission scenarios to kill the host, so as to get rid of the fate of being controlled.

A few years later, the weak chicken transformed the apocalypse into a new world where technology is prosperous.

The weak chicken has low emotional intelligence and is disgusting? That’s great, I’ll send you to the heartthrob Mary Sue who ran with the ball and gave birth to a talented son as a pick-up man, and then let the overbearing president and the man kill you because of jealousy!

As a result, the weak chicken is more talented than the genius son of the heroine who kills the Quartet, and makes the overbearing president kneel down and call Dad in minutes.

Weak chickens are afraid of getting dirty, tired, afraid of death, and only greedy for enjoyment? Very good! Send you to the battlefield as a deserter, and let the strategist male lead kill you! As a result, within a few years, the lord, who was assisted by a weak chicken, was invincible in all battles, and soon unified the divided continent.

After changing N mission scenarios, 7480, who failed to kill the host, finally found a truth – the host’s name is not called Weak Chicken, it is called Xue Shen, Xue Shen is invincible!