Lazy Sigh of the Villainess 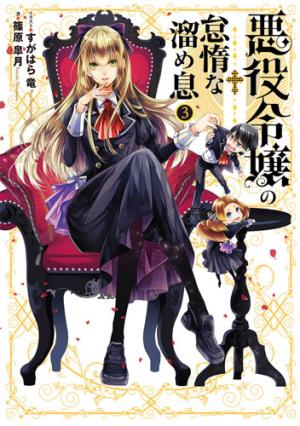 A woman, who has been living her life ON (work) and OFF (entertainment) at a corner of a city, reincarnated in an otome game called “Crystal Labyrinth”. She is aware and has knowledge about her previous life when she awakened. She was in despair when she found out that entertainment in that world is so scarce. Since there’s no entertainment there, she decided to recreate the entertainment of her previous world on her own! However, while doing so, she did not only kill time while recreating entertainments but also the common sense and recognition of the world… crushing them with her knowledge. She built an organization that grows into an outrageous talent resource.

After transforming into a masked merchant, she completely changed the environment, which is now significantly different from the game’s original setting. However, death flags came from unexpected places… This is a story about a reckless villainess pulverizing the hope of the misunderstood heroin and the s*upid prince.