Lady Baby Is a Revenge Maker 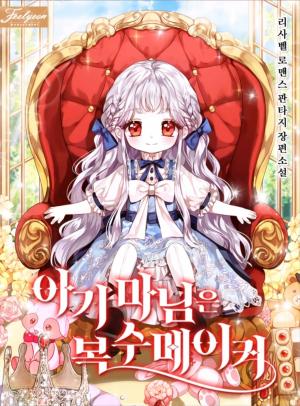 In order to survive, she applied to be the bride of the terrifying Grand Duke’s heir.

It was nice to be chosen as the political bride of the Little Young Lord.

“You’re the one that asked me to marry you first. Don’t think you can run away.”

Her fiance turned out to be a crazy little peerless beauty who was the same age as her.

“You’re the most beautiful encounter in my life.”

Even the war-crazy Grand Duke’s heart was captured by her.

“You said you want to help in the family business? Keep bothering me and I’ll punish you with sweet snacks and a blank check!”

Just like that she became the business partner of her grandfather-in-law who was crazy for money.

“This isn’t how it’s supposed to be!”

The original plan was to get into a contractual marriage and live extravagantly without doing anything.

What’s that? The Royal Family made a scheme to stop Sephiel from doing what she wants to do?

‘Since it’s already become like this, I’ll just take everything in the name of revenge…!’