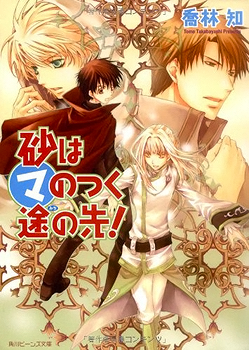 Shibuya Yuuri was living a pretty normal life. That changed the day he was dunked into a toilet after an attempt to save a classmate from a gang of bullies. Instead of just getting a good soaking, he’s pulled in. The next thing he knows, he’s in a world that vaguely resembles medieval Europe. If that’s not odd enough, he’s told that he is to be the next Maou (Demon King), because his soul once was part of that world. The Maou is the King of the mazoku (demon tribe), who are coexisting not-so-peacefully with the humans in this world. Much to his subjects’ dismay, he’s totally different from the rulers they’re accustomed to. He’s kind, considerate, a believer in justice, and not willing to use violence to solve conflicts. Not exactly someone they want running a country on the very brink of war. Now, Yuuri has to deal with trying to become a good Maou, while at the same time attempting to adapt to this land’s customs and culture, all in a world where the tension between the humans and mazoku is reaching its peak