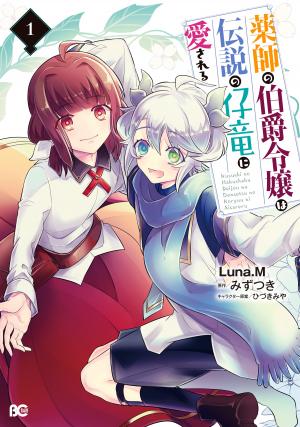 During an evening party, Fizz, the 13 year-old adopted daughter of a Countess, is accused by her fiance and step-sister of murdering her fiance’s father and told that her engagement will be broken off. The end of her life, her fated destruction, is all overturned by an overpowered ally.

Two months ago, Fizz, a doctor, took in a baby dragon she found behind the estate and declared herself its mother. She is loved and pampered by the baby dragon that supposedly can’t become attached to people. On top of that, it wasn’t just any baby dragon. It was a sacred dragon with legendary power whose population is next to nothing.