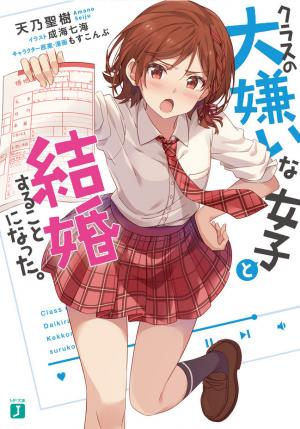 “If you tell the rest of the class we’re married, I’ll kill you”

“I don’t want them to know either. There’s no point in that.”

Their newlywed life wasn’t going so well, and they were constantly at odds. However, as they progress through their daily lives, the distance between them closes, they have more enjoyable moments together, and they gradually come to understand one another.

Saito learns about Akane’s cute side, which he never saw before, and Akane gradually began to recognize the feelings that she’s been keeping inside…

The heart-throbbing newlywed life of two people who just can’t seem to be honest with each other begins here!