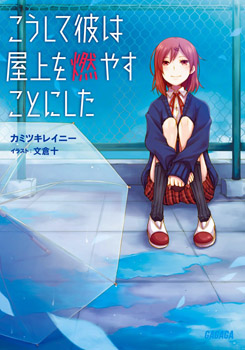 After being dumped by my boyfriend, I — Miura Kana, made my way to the school’s roof, intending to end my life. However, what I found there was a peculiar girl who called herself ‘scarecrow’ — along with the venom-tongued ‘Tinman’ and the smiling ‘Lion’

Lion told me, “Since we’ve all decided to die, why don’t we first exact revenge before dying?”

And so, I became Dorothy, the one who would kill the Wicked Witch of the West and fulfill everyone’s wishes, the ‘Wizard of Oz’.

Underneath the clear blue sky, this was our only Sanctuary. Through interacting with others, we discovered what we lacked in ourselves…