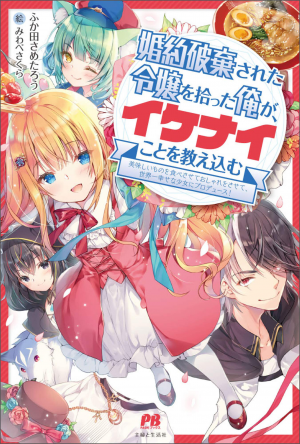 In the back of the forest lives Allen, the antisocial wizard. He is feared by the people around him and called the “Demon Lord”.

One day, while living out his life as a hermit, he finds a young girl named Charlotte who collapsed. Although innocent, she was accused of evil wrongdoings, had her engagement broken and was forced to flee her country.

Upon hearing that, Allen recalled the bitter experience of being betrayed by a party he once believed to be his companions. Hearing the story of the 17 year old’s exploitation, Allen decides, “I’ll let her live in my mansion, and I’ll teach her all sorts of bad things…”