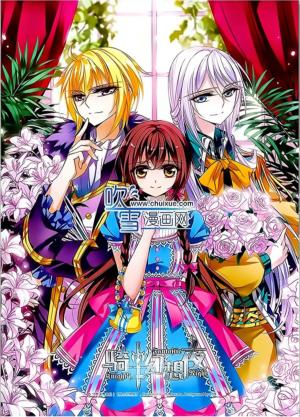 The timid high school girl, Lin Ling, is transported to the world of King Arthur and his Round Table of Knights! To think that to exit this game world, the answer is E.G.G. An egg! Alternating between fantasy and reality, magnificent castles, a brave young king, a knight of the lake, Roman pope’s illegitimate son, the Dark Duke and his detachment of black knights, mysterious magics… All of these form a world that is completely unfamiliar to her!

The adventures of a normal high school girl attempting to beat this medieval-themed game, King Arthur, now starts! Enter the game world through a CD?! Is this a joke or a fantasy?

The collection of Knight Fantastic Night light novels include the first three books, and a mysterious CD!