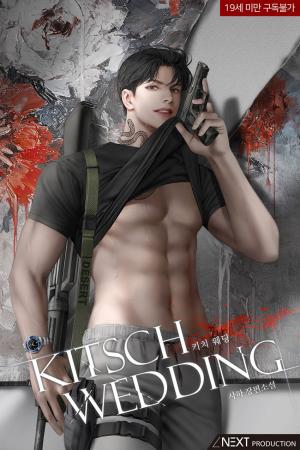 A two-billion-dollar commission to a mercenary from a private military company.

The condition was marriage for one year.

“Client, by any chance, are you a lunatic?”

“You’re the only lunatic person who’s okay with a divorce record on his registration.”

Lee Raehwa, the only daughter of Daesan Construction.

In order to complete the painting outside the control of her stepfather,

Raehwa hired a legal guardian to protect her for one year.

However, Kwon Yi-tae, whom she hired as her only hope, was an unpredictable madman.

Marriage and cohabitation, which started as a contractual relationship, was gradually moving in a strange direction……

“What if I kiss you here now?”

Raehwa let out the breath she had been holding back. Her tense body relaxed. How did he set the mood with something so trivial?

Kwon Yi-tae raised one eyebrow. Raehwa continued to speak with a slight smile.

But she couldn’t finish her sentence. Her hair stood on end at the force of his sudden pull.

By the time her eyes opened wide, his face was already close to hers. Her vision was completely covered with Kwon Yi-tae’s face.

He stared at Raehwa with his eyes lowered. A hot whisper fell softly on her skin.

Their lips brushed narrowly against each other as he spoke. With a fierce gaze, a threat with a faint sweetness crept in.